...& the second best video is Charlotte Gainsbourg with Beck.

Posted by John at 3:26 PM No comments: Links to this post

The video for Ramona Falls' "I Say Fever" is my favorite of the year. Maybe all time.

Daniel Johnston - You've Got To Hide Your Love Away

Here's Daniel Johnston doing the Beatles from this year's Austin City Limits. If you can imagine there's a heaven, that's where John Lennon is also covering Daniel Johnston songs.

Daniel Johnston's latest album is Is and Always Was. 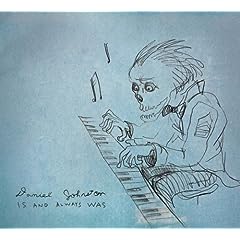 Posted by John at 2:52 PM No comments: Links to this post

Posted by John at 1:02 PM No comments: Links to this post

Kill Rock Stars is reissuing Elliott Smith's Roman Candle and From A Basement On A Hill in April of next year. Roman Candle will also be released on vinyl for the first time in the U.S.

Until then, they're celebrating by offering up the previously unreleased Cecilia/Amanda (mp3) as a free download, which was "recorded at Jackpot! Recording Studio in 1997 by Larry Crane. An earlier version of this song was initially written and recorded by Elliott's high school band, Stranger Than Fiction, and was known as "Time is Ours Now". "Cecilia/Amanda" is a reworking of that song with almost completely different lyrics."

Also, the entire Elliott Smith back catalog is on sale at http://www.buyolympia.com/killrockstars/
Posted by John at 12:30 PM No comments: Links to this post